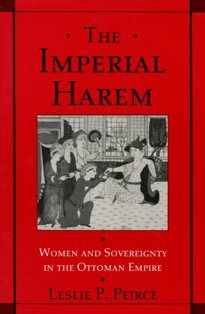 The harem described in Leslie P. Peirce’s fascinating book is not the lascivious sexual playground conceived by the Western imagination but the locus of power in the Ottoman empire... The general thesis of this outsatanding book – that the power wielded by the women of the imperial harem was real, and that it stood in an organic relation to broader Ottoman political traditionss and practice – will be widely accepted.
American Historical Review