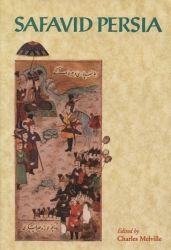 Safavid Persia. The History and Politics of an Islamic Society
The Safavids ruled Persia for nearly two and a half centuries, longer than any other dynasty since the pre-Islamic period. The family was descended from the sufi Shaikh Safi al-Din of Ardabil (d. 1335), and thus enjoyed spiritual authority over its disciples among the Turkish Qizilbash tribes od eastern Anatolia and northwestern Persia, who brought the young Isma'il to power in 1501. Shah Isma'il proclimed Twelver (Imami) Shi'ism as the offical faith of Persia, an s geneology was forged to trace the dynasty back to the seventh Imam, Musa al-Kazim. There followed a slow process of adjustment, during which the orthodox Shi'i'ulama increased their authority both at the expence of the Safavid Shahs and of the Qizilbash sufis. Despite the interest of the Safavid period, which in many ways marked the emergence of modern Iran, it has not received the scholarly attention it deserves, and many questions remain to be explored.
This book on Safavid Persia is divided into two sections, the first of which includes studies on the historiography and the religious politics of the period. Among the contributions to the second section are chapters on the silk industry, which brought European merchants in to the country and the same time exposed the Persian economy to the vagaries of world trade; on the capital city of Isfahan, beautified by successive Shahs; and on the Safavids' reluctance to adopt firearms and artillery, which was on of the factors in the collapse of the dynasty when the Afghans invaded Persia in 1722.
Charles Melville is a Fellow of Pembroke Collage and Lecturer in Islamic and Middle Eastern Studies at the University of Cambridge.
-Arka kapak-