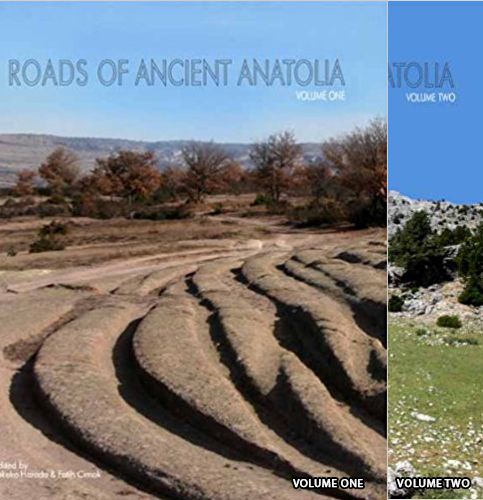 --------------
The book is the only one of its kind which brings together over 250 different ancient roads, rock-cut passes, road inscriptions, milestones, bridges and ruts from western Anatolia to the Mediterranean and southern Anatolia from Pamphylia to the Orontes River. Anatolia entered into the historical era during the latter part of the Bronze Age, shortly before the foundation of the Hittite Kingdom. The pre-Hittite cuneiform tablets uncovered at Karum of Kanes (Kültepe) mention ass caravans moving back and forth between Mesopotamia and central Anatolia, a trip of some 1,000 km. Although these routes can tentatively be reconstructed there is no information about the roads. In a letter recovered from Kültepe, a merchant in tin asks his agent to divide the merchandise into small pieces, hide it into his clothes and bring it to town by the 'smugglers' track'; something usually done to avoid import taxes. His warning implies the existence of better roads than mountain tracks as early as the 1800s BC. For the journey between home and Anatolia the Assyrian merchants mostly employed asses or porters, and paved roads were not necessary. Thus the established caravan routes of the time, controlled by the local authority, were no more than roads in general sense. Still, the repeated use of the safest and easiest routes probably created more or less established caravan trails. The passes through high mountains and crossing points of the Euphrates were not many. Such sites were probably known and used by all the caravans.