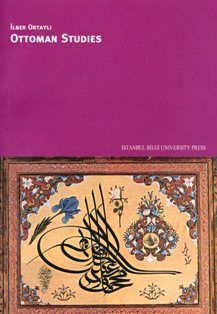 This collection of papers by Prof. İlber Ortaylı mainly deals with the political, economic, social and cultural transformations which Ottoman Empire has undergone in its last centuries. These areas of transformation, namely millet conception in the Ottoman Empire, modernization, tendencies in historiography, structural and judicial changes in familial relationships, provincial and urban structure in the Ottoman Empire and relationship between Russia and The Ottoman Empire, determined the titles for the capters of the book. Prof. Ortaylı meticulously examining the arvhives and sources about the late Ottoman history, gives a comprehensive and multifaceted picture of the Empire.
(Arka Kapak)